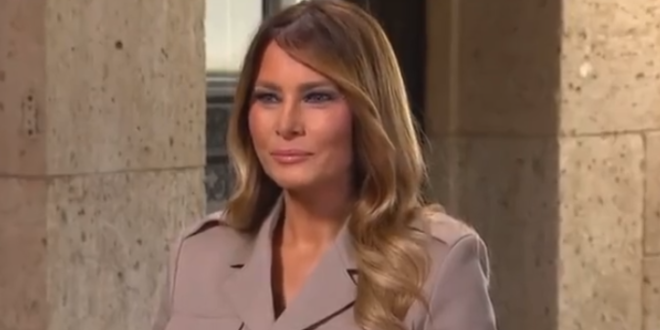 Melania Is Pissed Vogue Didn’t Put Her On The Cover

Former first lady Melania Trump has slammed Vogue editor-in-chief, Anna Wintour, for never putting her on the cover when her husband was president, in her first interview since leaving the White House.

Fox Nation host Pete Hegseth raised the topic in his sit down with Melania, noting that first ladies Jill Biden, Michelle Obama, and Hillary Clinton have all appeared on the cover of Vogue and that Vice President Kamala Harris got the honor even before she was sworn in.

“They’re biased and they have likes and dislikes, and it’s so obvious. And I think American people and everyone sees it. It was their decision, and I have much more important things to do—and I did in the White House—than being on the cover of Vogue,” Melania said.

Read the full article. What’s she done to her cheeks?