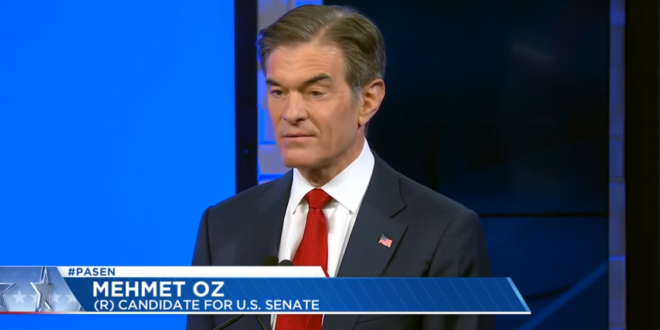 After spending much of the campaign steering clear of fellow Republican Senate contender Kathy Barnette, Mehmet Oz on Saturday said she was out of step with the GOP and would be unable to win the general election in November. In an interview, he took issue with a 2015 tweet from Barnette in which she wrote that “Pedophilia is a Cornerstone of Islam.”

Oz, who would be the nation’s first Muslim senator, described the comments as “disqualifying.”

“It’s reprehensible that she would tweet out something that is defamatory to an entire religion,” Oz told The Associated Press. “This state was based on religious freedom. I’m proud as a Pennsylvanian to uphold those founding beliefs that every faith has its merits.”

Republican Senate hopeful Mehmet Oz is stepping up his criticism of a far-right candidate in Pennsylvania who is gaining traction ahead of the primary election. https://t.co/1Co0OaR9Af