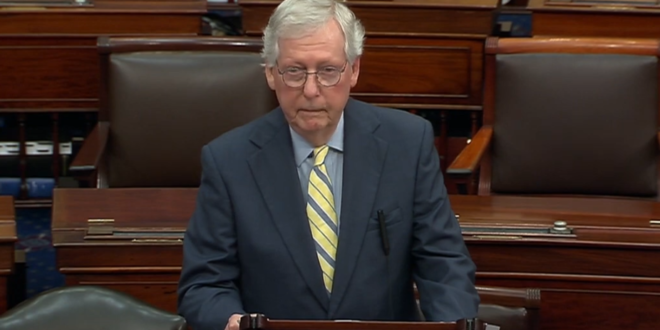 Senate Minority Leader Mitch McConnell brought the Kentucky Derby spirit to Capitol Hill Thursday — and had a little fun with former President Donald Trump’s mocking nickname for him by gifting his fellow Republican senators a bottle of Old Crow bourbon.

GOP senators take turns hosting their weekly luncheon in Washington, D.C., and McConnell hosts it the week of Derby each year, when the sports world zeroes in on his home state and its historic horse race.

He also gives his colleagues a bottle of bourbon every year, in honor of the Bluegrass State’s other signature industry. And this time around, he picked Old Crow — which mirrors the “old crow” nickname Trump sometimes trots out for McConnell when he publicly criticizes him.