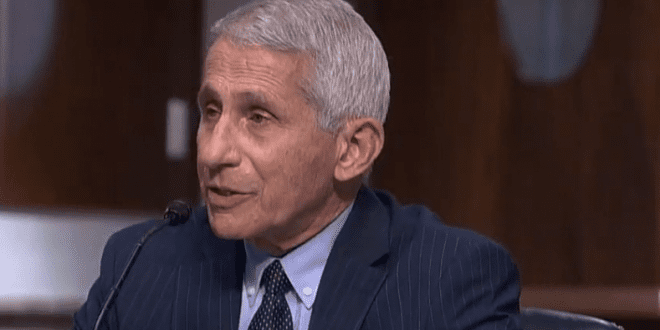 Connally further admitted threatening Dr. Francis Collins, the former Director of the NIH, Dr. Rachel Levine, currently the Assistant Secretary for Health at the U.S. Department of Health and Human Services, as well as a Massachusetts public health official and a religious leader.

According to Connally’s plea agreement, from December 28, 2020 to July 25, 2021, Connally used an anonymous email account from a provider of secure, encrypted email services based in Switzerland, to send a series of emails to Dr. Anthony Fauci threatening to harm and/or kill Dr. Fauci and members of his family.

One of the emails threatened that Dr. Fauci and his family would be “dragged into the street, beaten to death, and set on fire.” On April 24, 2021 alone, Connally sent seven threatening emails starting at 10:05 p.m.

Connally also admitted sending emails threatening harm to three other individuals. Specifically, on November 24, 2020, Connally sent a series of six threatening emails to Dr. Rachel Levine, then Secretary of Health for the State of Pennsylvania, at Dr. Levine’s email account at the Pennsylvania Department of Health.

Connally faces a maximum sentence of 10 years in federal prison for threats against a federal official. U.S. District Judge Paula Xinis has scheduled sentencing for August 4, 2022 at 11:30 a.m.

Connally’s threats were disturbing and graphic, and some included homophobic and antisemitic slurs. “You and your disgusting wife and daughters are getting 6 mandatory shots to their disgusting pig snouts while you watch,” said one message of at least seven threats that Connally sent Fauci.

One message to Collins had the subject line: “‘white evangelicals’ are going to smash your wife’s teeth out with baseball bats.” “You sickening dirty piece of anti-White racist k*** DOG SHIT,” the message said, with the antisemitic slur unredacted in the original.

Man criticizes vaccines too, per feds