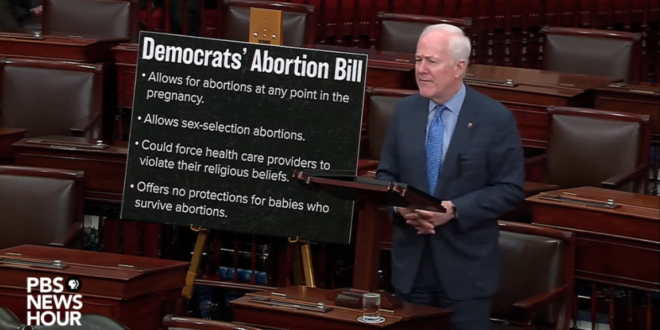 Senate Republicans on Wednesday are set to block a bill that would make the Roe v. Wade abortion rights decision law, as Democrats scramble to preserve protections that the Supreme Court could soon toss out after nearly five decades. Senate Majority Leader Chuck Schumer forged ahead with the bill even as it appeared doomed to stall.

All Republicans in the Senate, which is split 50-50 between the GOP and Democrats, are expected to vote against advancing the bill Wednesday — leaving it short of the 60 votes needed to overcome a filibuster and allow a vote to proceed. One Democrat, Sen. Joe Manchin of West Virginia, will also oppose the measure.