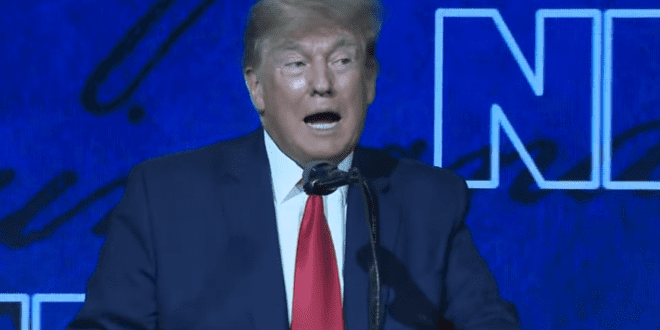 As I noted in the comments of the post below, this livestream is being posted due to the possibly that some sort of fracas might break out because activists have infiltrated the convention. Nobody seriously expects the world’s most famous liar to say something worthwhile.

Former President Trump is scheduled to speak Friday afternoon at the National Rifle Association’s annual meeting in Houston, Texas. The convention is being held days after a mass school shooting in Uvalde, Texas, killed 19 children and two teachers. Sen. Ted Cruz (R-Texas) is also slated to speak at the event. Trump’s speech was set to start at 3 p.m. ET.