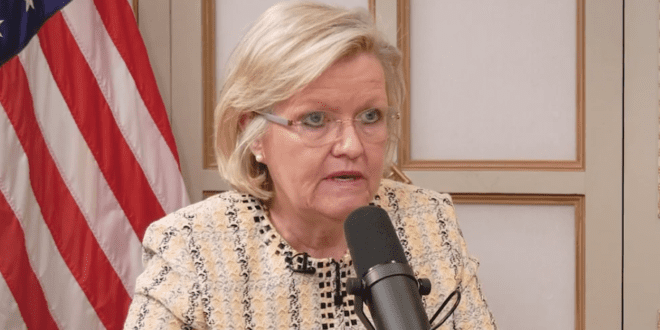 In the days after the 2020 election, Cleta Mitchell was among a cadre of Republican lawyers who frantically compiled unsubstantiated accusations, debunked claims and an array of confusing and inconclusive eyewitness reports to build the case that the election was marred by fraud. Courts rejected the cases and election officials were unconvinced, thwarting a stunning assault on the transfer of power.

Now Ms. Mitchell is prepping for the next election. Working with a well-funded network of organizations on the right, including the Republican National Committee, she is recruiting election conspiracists into an organized cavalry of activists monitoring elections. In seminars around the country, Ms. Mitchell is marshaling volunteers to stake out election offices, file information requests, monitor voting, work at polling places and keep detailed records of their work.

Read the full article. There’s so much more. Mitchell last appeared on JMG in March 2022 when she was subpoenaed by the House riot committee.

RELATED: Longtime JMG readers may recall Cleta Mitchell for her work with the anti-LGBTQ hate group NOM. In 2011, she caused infighting within the now-defunct homocon group GOProud when she spearheaded a movement to boycott CPAC over GOProud’s attendance. GOProud founder Chris Barron called her a “bigot,” prompting now-Fox News host Tammy Bruce to resign from the group. Barron then apologized. Of note, Mitchell appears to have a particular hatred for gay men because her first husband left her for another man. In 1992, Mitchell’s second husband was convicted on five felony counts of banking fraud.

Previous Cultist Guilty In Plot To Firebomb California Dem HQ
Next WHO: Monkeypox Is “Moderate Risk” To Public Health