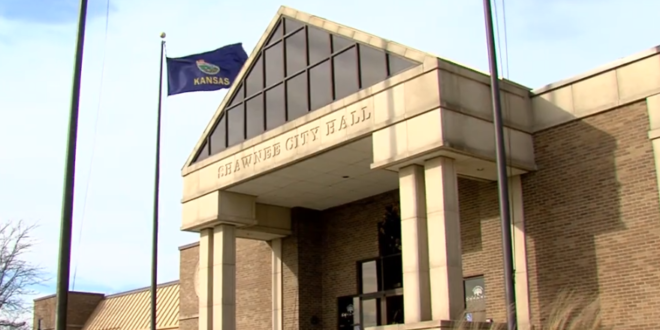 On Monday, a Johnson County city unanimously voted to ban a living arrangement aimed at helping tenants decrease the amount of rent they pay. The Shawnee City Council voted 8-0 to ban co-living, which has gained popularity in recent years as rent and home prices have soared.

The new ordinance defines a co-living group as a group of at least four unrelated adults living together in a dwelling unit. The ordinance stated that if one adult is unrelated to another adult, then the entire group will be classified as unrelated.

The practice, which includes things like sharing a kitchen, living room and community areas, started to gain popularity as rental and housing prices continued to increase across the United States.

“City Staff received input and concerns from residents and City Council members regarding a relatively new trend where single family homes are being purchased and converted into rental units with multiple individual tenants,” a memorandum of the ordinance said.

“In this arrangement, individual tenants have leases of varying lengths, have separate secured access to their rooms, and often do not know or have relationships with the others who are also occupying the same single family dwelling,” the memo continued, saying the rental arrangements are “not typical of common rental uses in single family districts that are occupied by family units.”

Since it was approved unanimously a week ago, Shawnee’s decision has made news well beyond the Kansas City metro, with one national publication saying the city had “effectively [made] roommates illegal.”

The new ordinance has also been called out by KC Tenants, a local tenants rights group whose director Tara Raghuveer evoked Johnson County’s history of redlining and tweeted that groups of adults living together in an apartment or house is one of the few affordable options for lower-income people in the area.

But Shawnee council members pushed back forcefully this week, saying that, in fact, they’ve struck a blow to keep home prices from ballooning even faster than they have already. They said their motives for passing the co-living restrictions have been misrepresented.

A recent Shawnee City Council decision to ban “co-living” arrangements has drawn accusations of classism, racism and a callous disregard for the people struggling to afford homes and apartments in Johnson County.https://t.co/PoXZDjGA4T

Shawnee City Council unanimously passed an ordinance that bans ‘co-living.’ Here’s a look at what that actually means for renters. https://t.co/xjOyWFmhEv