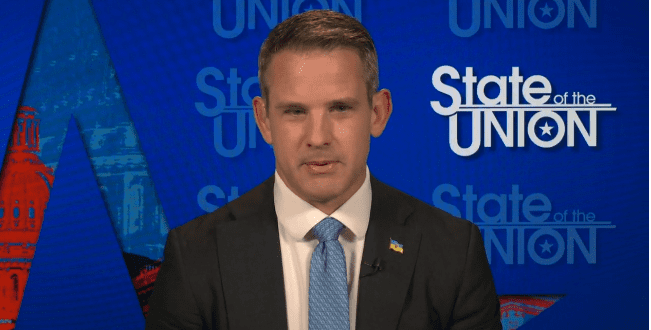 Rep. Adam Kinzinger (R-Ill.) said on Sunday that he is “open to” an assault weapons ban after a gunman killed 21 people in Uvalde, Texas with an AR-15-style rifle. “I have opposed a ban fairly recently, I think I’m open to a ban now,” Kinzinger told co-anchor Dana Bash on CNN’s “State of the Union.”

“It’s going to depend on what it looks like, because there’s a lot of nuances on what constitutes certain things. But I’m getting to the point where I have to wonder.” But Kinzinger also proposed potentially continuing to allow assault weapon purchases while requiring extra training or licenses.

Adam Kinzinger: “I have opposed a ban [on AR-15s] fairly recently. I think I’m open to a ban now.” pic.twitter.com/gF54DPW5Z6

Rep Adam Kinzinger (R-IL) tells ABC the NRA “has gone from defending the rights of gun owners .. it has.. become a grifting scam”

Adam Kinzinger on ABC calls open carry of AR-15s in states like Michigan “one of the more insane things” and adds that it does “no favors” to Second Amendment supporters. He goes on to call the NRA a “grifting scam.” pic.twitter.com/I4qpxSZsKP