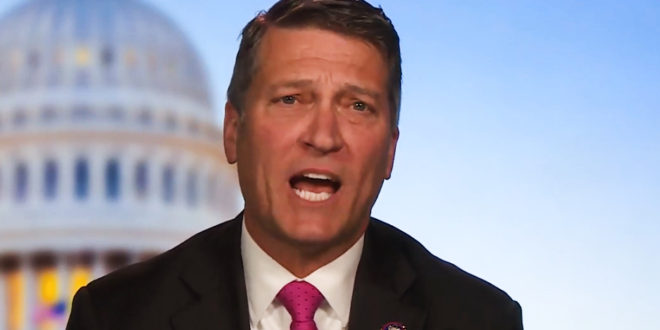 The committee wrote to Jackson, the former top White House physician under Trump and President Barack Obama, inquiring about members of the Oath Keepers, including leader Stewart Rhodes, exchanging encrypted messages during the Capitol attack asking to provide Jackson with security because he has “critical data to protect.”

The letter says “it is evident” the Oath Keepers believed the violence of the riot would endanger the lives of members.

The panel wants to know why the Oath Keepers would have an interest in Jackson’s specific location; why they think Jackson would have crucial information to protect; why they directed group members to protect Jackson; and who Jackson spoke with on his cell phone that day.

Rep. Jackson’s office released a statement in response to the letter early Monday afternoon, saying the letters were shared with the public before being shared with his office and calling the panel’s agenda “malicious and non substantive.”

The statement also decried the panel’s investigation as a “witch hunt” and a “coordinated attempt to do the media’s work on taxpayers’ dime.”

“Their attempt to drag out a manufactured narrative illustrates why the American people are sick of the media and this partisan Committee’s use of January 6 as a political tool against conservatives they do not like. For these reasons, I will not participate in the illegitimate Committee’s ruthless crusade against President Trump and his allies.”

New: House Republican Ronny Jackson refuses to tell Jan. 6 committee how the Oath Keepers knew he needed protection from them as the Capitol attack unfolded: “I will not participate in the illegitimate Committee’s ruthless crusade against President Trump and his allies.”

We’re out here FIGHTING FOR TRUMP and for our election integrity! American Patriots have your BACK Mr. President! We will FIGHT for YOU and we will fight for OUR country!! #KAG pic.twitter.com/LHkx2EpdEa