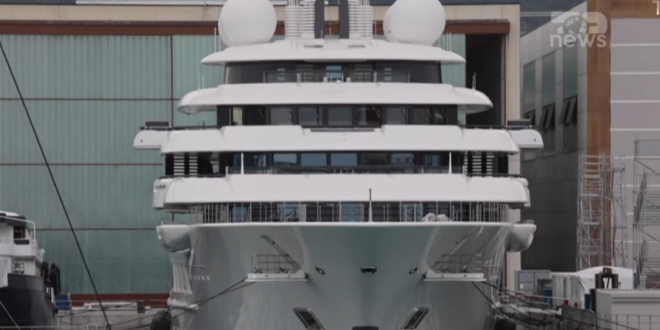 A yacht worth $700 million with alleged ties to Russian President Vladimir Putin has been impounded as part of the European Union’s ongoing sanctions against Russia, according to a statement from Italy’s Economy Ministry. The boat — the Scheherazade, located in the Italian town of Marina di Carrara, north of Pisa — had “significant economic and business links” with “prominent elements of the Russian government,” the ministry said, without specifically naming Putin in its statement.

A $700 million yacht with alleged ties to Vladimir Putin has been impounded by Italian authorities, as part of the EU’s ongoing sanctions against Russia.https://t.co/IhLr4LM6Az