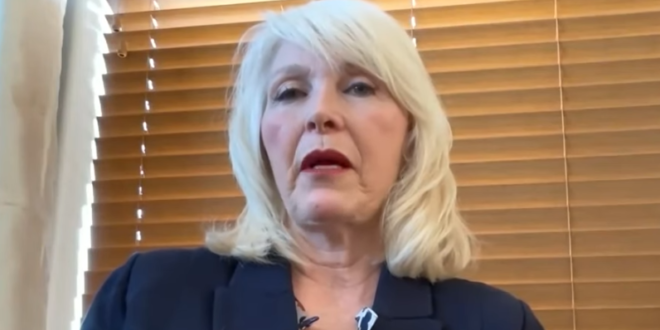 Mesa County Clerk Tina Peters, along with her deputies Belinda Knisley and Julie Fisher, will not be allowed to oversee 2022 elections in the county, a Colorado district judge ruled Tuesday, marking the second time Peters has been removed from the same post.

Judge Valerie Robison’s ruling follows two days of testimony last month in a lawsuit brought by Colorado Secretary of State Jena Griswold to prevent Peters, Knisley and Fisher from being the designated election official in the upcoming Mesa County primary and midterm elections.

In March, Peters and Knisley were indicted on multiple felony and misdemeanor counts by a county grand jury after an investigation into an election security breach in the Mesa County clerk and recorder’s office.

Mesa County Clerk Tina Peters will not be allowed to oversee 2022 elections in the county, a Colorado district judge rules, marking the second time Peters has been removed from the same post. https://t.co/nQdrelSEtQ

Fresh out of jail after obstructing a search warrant for her iPad, Mesa (CO) Clerk and election fraud conspiracy theorist Tina Peters goes on Bannon’s show today to announce she is running for Secretary of State. Another perfect MAGA candidate to add to their 2022 slate! pic.twitter.com/WqIWVStzdA

UPDATE: Republican Mesa County Clerk Tina Peters appeared to attempt to kick a law enforcement officer while struggling with police during her arrest. This is video from a witness. pic.twitter.com/TILJ1198BV