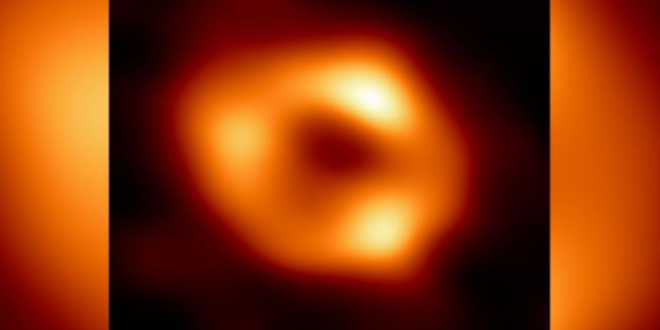 The Event Horizon Telescope (EHT) has done it again. The scientists who in 2019 gave us our first-ever direct image of a black hole are back with results a little closer to home. During joint news conferences held around the world today (May 12), they unveiled our first view of the supermassive black hole at the heart of our own galaxy, the Milky Way.

“Today the EHT is delighted to share the first image of the gentle giant at the center of our galaxy,” Feryal Özel, an astrophysicist at the University of Arizona, said this morning during a news conference held by the U.S. National Science Foundation, which contributes funding to the EHT.

It’s the first direct observation confirming the presence of the black hole, known as Sagittarius A*, as the beating heart of the Milky Way.

It has taken years for astronomers to capture and confirm this image and discovery. Previously, scientists observed stars orbiting some invisible, massive object at the galactic center.

Breaking News: Astronomers captured the first image of the black hole at the center of our galaxy, using the powerful Event Horizon Telescope.https://t.co/nLMc6DCRTF pic.twitter.com/jylWp5gOVs