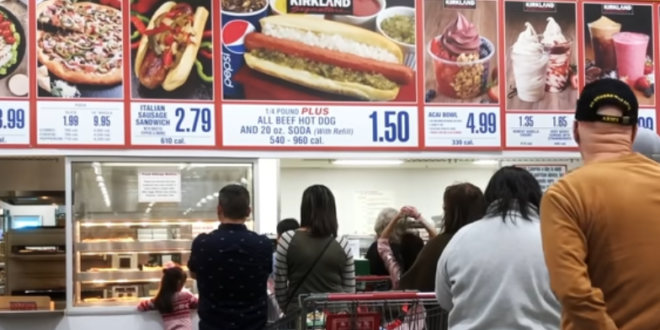 A disgusting fake news tweet claiming Costco was raising the price on its hot dog meal deal made its way around social media Wednesday until the scumbag Twitter user was outed as a FAKE! FAKE! FAKE!!

The scumbag behind the Costco hot dog attack claimed that the membership-only big box store was about to do the unthinkable and raise its infamous hot dog meal deal by $1 “due to inflation.”

Society has enough stress as it is. The last thing it needs is some dirtbag trying to trick their brains into believing Costco would raise its hot dog meal prices.

Oh, but look who fell for it and then blocked the original Twitter user. And of course, the GOP left their tweet up even after being told it was a joke. They depend on the cultists not to do any fact-checking and simply react with attacks on Biden. Costco, by the way, hasn’t raised the price of their hot dog meal since 1985 and the CEO says they never will.

#Bidenflation comes for everything. https://t.co/QdKKGB5jgt

How it started vs How it’s going pic.twitter.com/r9zrZCn7vN