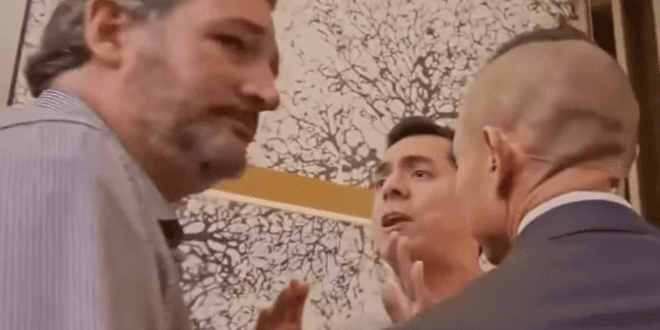 Via press release from Indivisible Houston:

Indivisible Houston Board Member Benjamin Hernandez challenged Ted Cruz to support background checks and other measures during a break in dinner at Uptown Sushi on Westheimer. “He needs to be held accountable,” said Hernandez.

“For him to attend the NRA Convention today after the murder of 19 kids and two teachers in Uvalde three days ago, and the murder of ten people just for being Black ten days ago in Buffalo, and to keep blocking gun reform measures, is embarrassing and tragic.”

“It has been long been time for basic, common-sense gun reform measures in this country. This can’t keep happening. Shame on Ted Cruz.”

The second video is from Indivisible Houston.