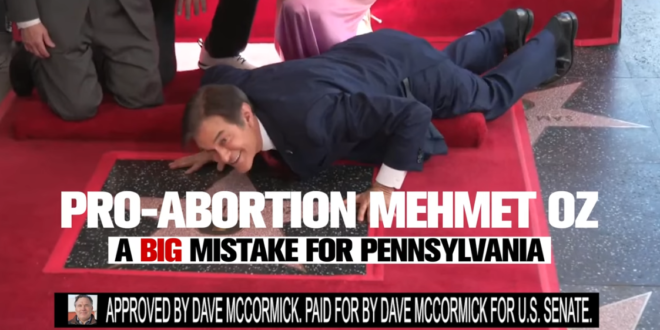 Trump slammed McCormick Friday night at a rally in Pennsylvania. Now McCormick is punching back in an ad you’re seeing first on Axios — ridiculing the endorsement of Oz.

McCormick’s campaign tells Axios the ad will begin airing on TV on Monday as the main ad for the week — the last week before the primary on May 17. The ad, called “Wrong Endorsement in Pennsylvania,” includes a clip of Fox News’ Laura Ingraham saying on her show: “It was a mistake to endorse Oz.”

w clip of @IngrahamAngle calling it “a mistake”