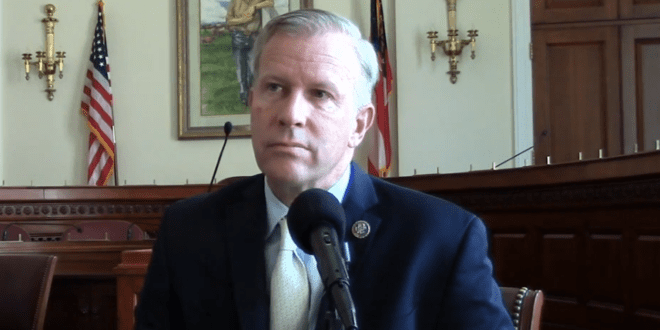 Rep. Chris Jacobs of Orchard Park on Friday made a surprising about-face on gun control issues, becoming perhaps the first congressional Republican to call for an assault weapons ban in the wake of the recent mass shootings in Buffalo and Uvalde, Texas.

At a news conference in Lancaster and in a later interview with The Buffalo News, Jacobs – who was endorsed by the National Rifle Association in 2020 – laid out a series of new stances that run contrary to the Republican party line on guns.

In addition to saying he would vote for a Democratic bill banning assault weapons, he also said he would back raising the age on some gun purchases to 21, limiting the capacity of magazines and banning the sale of military-style body armor to civilians.

Jacobs voted against certifying the result of the 2020 presidential election and against both of Trump’s impeachments.

He last appeared on JMG in July 2021 when he was interviewed by a Capitol rioter during a visit to the Texas border by multiple cultist US reps, including Madison Cawthorn, Ronny Jackson, and Lauren Boebert.

Jacobs proposes gun safety measures after Buffalo massacre: ‘This has been a profoundly impactful event’ https://t.co/ueYosx55TM