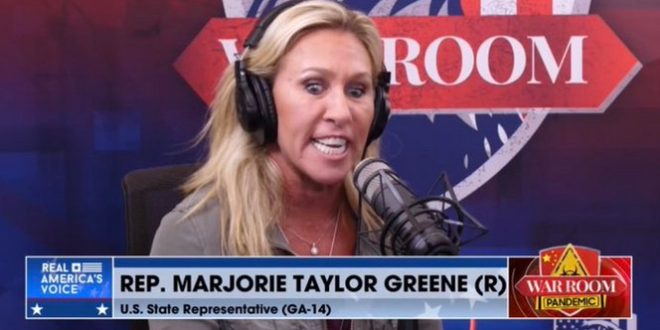 A Georgia judge has recommended that a challenge to GOP Rep. Marjorie Taylor Greene’s reelection eligibility be dropped, with Georgia’s Secretary of State Ben Raffensperger set to make the final decision.

Judge Charles Beaudrot from the Office of State Administrative Hearings made the recommendation following an April 22 hearing to establish if Greene had participated in “insurrection” due to her ties to the Jan. 6 Capitol riot.

Raffensperger is not expected to remove Greene, who is popular in her conservative northwest Georgia district and among Trump supporters nationwide, due to his reelection campaign.

A judge in Georgia has found that Rep. Marjorie Taylor Green can run for reelection, rejecting arguments from a group of voters who had challenged her eligibility over allegations that she engaged in insurrection.https://t.co/ok0luJKBEG