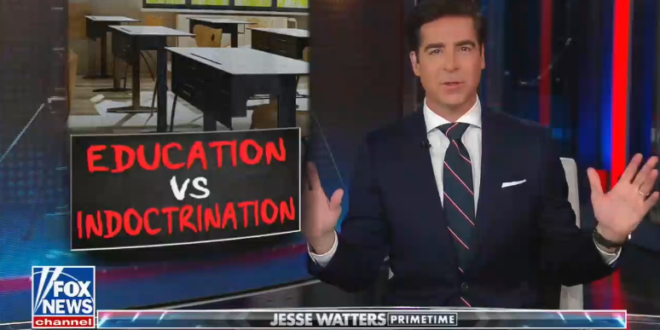 “We’re setting these kids up for failure, for a generation deep in a mental health crisis after lockdowns, forced masking, woke ideology. Kids are feeling depressed. Just look at what happened in the Buffalo situation. A teenager whose school system failed him decided his only option was to turn to the dark web where he was radicalized. A failed education system let that happen.” – Fox News host Jesse Watters, last night.