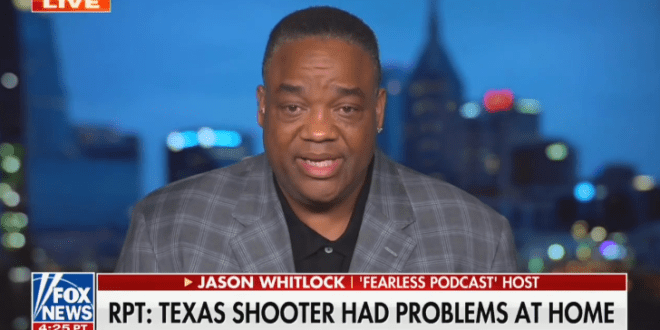 JESSE WATTERS (HOST): What do you think is the main factor in our culture that’s triggering this kind of rise in mass shootings, especially at schools?

There’s — it’s not any mystery why young boys are confused, angry, confused about their identity, angry at the world.

Their natural instincts have been under attack probably the last 50, 60 years and most acutely in the last 15 to 20 years since we turned over our culture to the pansies in northern California and their social media apps.

But this new culture we’ve built is set up to totally annihilate, eliminate our natural instincts and make us think, oh, the people in northern California know better than God about what a man is and what a man should do.

Men, boys, under attack. They’re acting out angrily and we are too cowardly to do anything about it.

Previous Idiot: “When 9/11 Happened, We Didn’t Ban Planes”
Next Weed-Smoking Rioter Gets 3.5 Years For Felony Assault