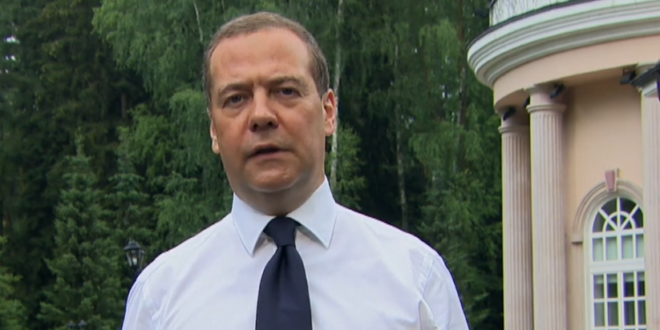 Former Russian president Dmitry Medvedev accused the United States on Wednesday of waging a “proxy war” against Russia after the House of Representatives approved a $40 billion aid package for Ukraine, and said the U.S. economy would suffer.

Writing on the messenger app Telegram, Medvedev said that the bill approved by the House on Tuesday read more was a bid “to deal a serious defeat to our country and limit its economic development and political influence in the world.”

Medvedev said: “It won’t work. The printing press by which America is constantly increasing its already inflated government debt will break faster.”