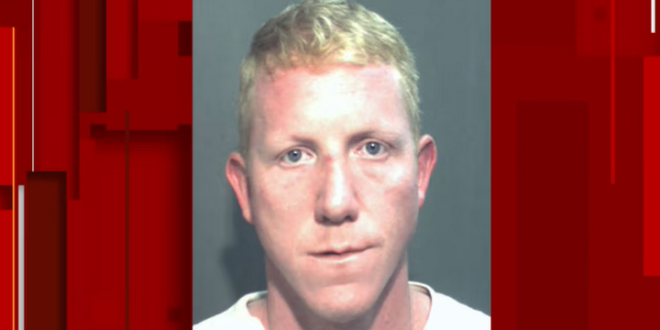 Florida man pleaded guilty today to a felony charge for his actions during the breach of the U.S. Capitol on Jan. 6, 2021, which disrupted a joint session of the U.S. Congress that was in the process of ascertaining and counting the electoral votes related to the presidential election.

Robert Flynt Fairchild, Jr., 40, of Orlando, pleaded guilty in the District of Columbia to civil disorder. According to court documents, on Jan. 6, Fairchild attended a rally at the Ellipse and headed to the Capitol.

From at least 1:15 p.m. until 2:15 p.m., Fairchild was present in a crowd in the then-restricted area of the Capitol’s West Plaza. A series of metal barriers were set up by law enforcement officers to contain the crowd.

Officers attempted to maintain the crowd on the other side of the barriers. Fairchild stood at the front of the crowd and walked alongside the barriers. He made multiple attempts to wrest the barriers from the officers.

Working with the crowd, Fairchild successfully carried at least two barriers away from the line and back into the crowd, weakening the security perimeter. He also engaged in the pushing and pulling of the barriers, tussling with law enforcement.

On at least one occasion, he made contact with an officer. At approximately 3:15 p.m., he illegally entered the Capitol through the Senate Wing Door. He spent several minutes in the building, including entering the Crypt, before finally exiting.

Fairchild was arrested on Aug. 27, 2021, in Orlando. He is to be sentenced on Aug. 22, 2022. He faces a statutory maximum of five years in prison and a fine of up to $250,000. A federal district court judge will determine any sentence after considering the U.S. Sentencing Guidelines and other statutory factors.