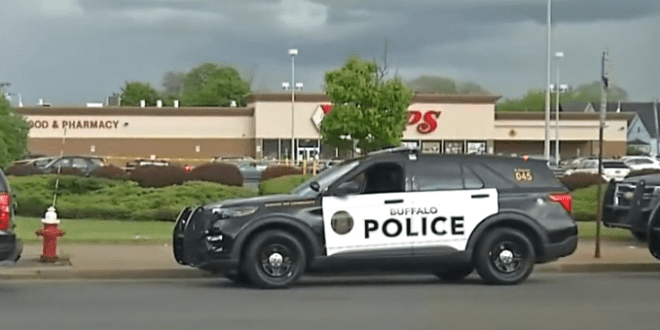 Feds Probe Whether Retired Federal Agent Knew Of Buffalo Shooter’s Plans, He Had Chatted With Shooter

Law enforcement officers are investigating whether a retired federal agent had about 30 minutes advance notice of a white supremacist’s plans to murder Black people at a Buffalo supermarket, two law enforcement officials told The Buffalo News.

Authorities believe the former agent – believed to be from Texas – was one of at least six individuals who regularly communicated with accused gunman Payton Gendron in an online chat room where racist hatred was discussed, the two officials said.

The two law enforcement sources with direct knowledge of the investigation stated these individuals were invited by Gendron to read about his mass shooting plans and the target location about 30 minutes before Gendron killed 10 people at Tops Markets on Jefferson Avenue on May 14.

NEW: A retired Texas federal agent may have had 30 minutes advance notice of a white supremacist’s plan to murder Black people in Buffalo. The former agent regularly communicated with the gunman in an online chat room where “racist hatred was discussed.” https://t.co/tzWSyMpOYL