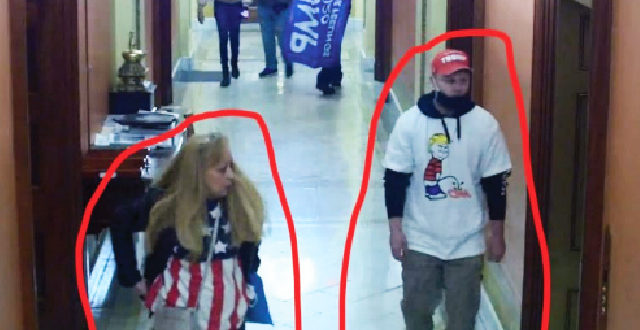 Federal prosecutors on Wednesday accused three people, including a woman and her son, of participating in the Jan. 6 riot at the U.S. Capitol. Kimberly Wargo, 55, of North Olmsted and Colton Wargo, 26, of Westlake are charged with knowingly entering a restricted building and violent entry and disorderly conduct. Another man, Justin M. Smith, 20, of Brunswick, is charged with similar crimes.

Smith is part of a “unidentified political belief organization,” according to court records. He was carrying a flag that read “Trump 2020 The Sequel, Make Liberals Cry Again.” A confidential informant, who doesn’t know Smith, sent the FBI screenshots from Smith’s Facebook page – which uses the profile name “Unborn Love”— that showed Smith wearing the same clothes as when he was inside the Capitol.

He was carrying a black flag that read “Trump 2020 The Sequel, Make The Liberals Cry Again” when he stormed the building, per feds. pic.twitter.com/bQDU7eqNL5

Previous Gaetz: Pro-Choice Women Are Lonely, Over-Educated, And Eat With Their Cats Due To No “Bumble Matches”
Next Ex-AG Bill Barr Calls For Jailing Supreme Court Leaker