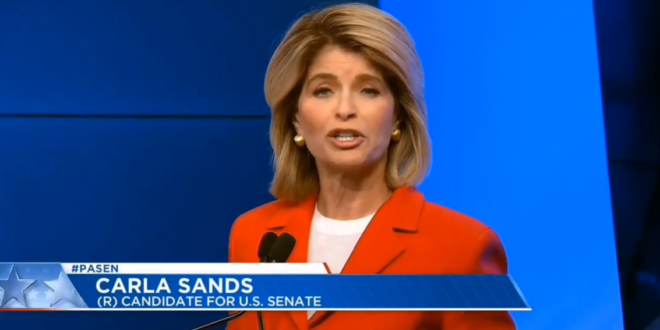 The final debate in the contentious Republican Senate primary in Pennsylvania went briefly off the rails on Wednesday when Carla Sands, who served as the U.S. ambassador to Denmark under Trump, lavishly praised the idea he threw out in 2019 about buying Greenland from Denmark.

Greta Van Susteren, moderating the debate for Newsmax, asked Sands of the Greenland proposal, “What do you think of that?” and the candidate replied: “I thought it was an awesome idea, because he’s a deal guy. And we know Denmark can’t afford to develop or defend Greenland.”