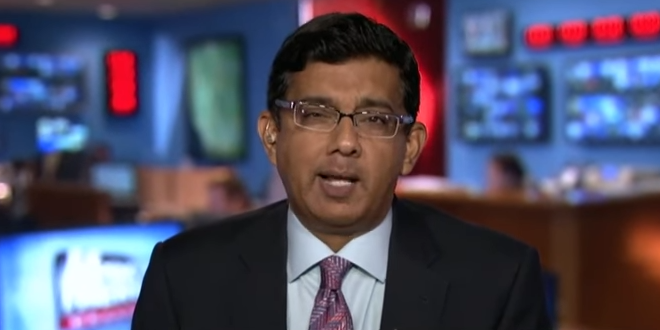 D’Souza Busted In Another Lie About His QAnon Film

Conservative activist and filmmaker Dinesh D’Souza told a conservative podcast that “2000 Mules,” his film making flawed and faulty claims about election fraud in 2020, directly led the Yuma County Sheriff’s Office to open up an investigation — but the sheriff says that’s simply not true.

D’Souza’s film has been criticized for many of its false claims, including that the geolocation data used is so accurate that it helped solve a murder. The film is based on one whistleblower from San Luis, Ariz., who claimed to have seen people getting paid for ballot collection.

Read the full article. D’Souza claims the sheriff “went berserk” after seeing his film. The sheriff says he never saw the film and is “unfamiliar” with its makers.

An Arizona sheriff denies a claim that a new movie by conservative activist Dinesh D’Souza alleging election fraud has led to an investigation by his office, report @ArizonaMirror and @statesnewsroom.https://t.co/QSl0bfHEMJ