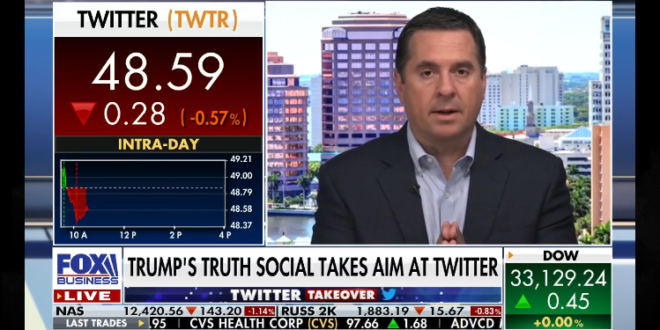 Donald Trump quietly “encouraged” Elon Musk’s takeover of social media giant Twitter ahead of the $44 billion deal, according to the boss of his own social-media app Truth Social.

“President Trump, basically before Elon Musk bought it, actually said to go and buy it because the goal of our company is really to build a community where people are in a family-friendly, safe environment,” Devin Nunes said during an appearance on Fox Business Network.

Nunes, a former House GOP lawmaker who is CEO of Trump Media & Technology Group, added that Truth Social was “all for it.”