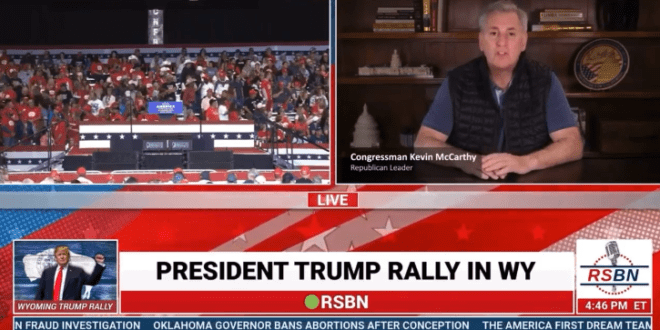 McCarthy appeared virtually to encourage rally-goers to oust Rep. Liz Cheney (R-WY), saying that she “is obsessed with attacking President Donald J. Trump and pandering to the liberal media.”

McCarthy said Wyoming needs a representative “who prioritizes the needs of her constituents” and encouraged attendees to vote for Trump-endorsed Harriet Hageman during the Aug. 16 primary.

When he appeared onscreen to speak in support of Hageman, Kevin McCarthy was booed aggressively by the crowd here for Trump’s rally in Wyoming.