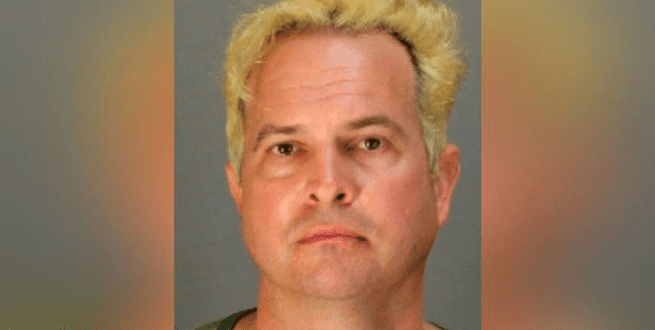 A California man pleaded guilty Friday to plotting to blow up the state Democratic Party’s headquarters in what prosecutors said was the first in a planned series of politically-motivated attacks after the defeat of former President Donald Trump.

Ian Benjamin Rogers, 46, of Napa, pleaded guilty to conspiring to destroy a building by fire or explosives, possessing an explosive device and possessing a machine gun under a plea agreement that could bring him seven to nine years in federal prison.

U.S. prosecutors in San Francisco charged Rogers and Jarrod Copeland with conspiring to attack targets they associated with Democrats after Trump’s defeat in the November 2020 presidential election.  The pair “hoped their attacks would prompt a movement,” prosecutors said.

According to court documents, on Jan. 15, 2021, law enforcement officers searched Rogers’s home and business and seized a cache of weapons, including 45 to 50 firearms, thousands of rounds of ammunition, and five pipe bombs.

Rogers admitted in his plea agreement that he had constructed the pipe bombs and anticipated using them against the property of those whose political views differed from his, including the Democratic Headquarters building in Sacramento.

He further admitted that he possessed at least three fully automatic machine guns and considered using one of them in the attack on the building.

In addition, Copeland admitted in his plea agreement that after he learned of Rogers’s Jan. 15 arrest, he notified a militia group to which he belonged and, in response to instruction from them, destroyed evidence to prevent law enforcement from finding the evidence.

Rogers and Copeland each face a maximum statutory sentence of 20 years imprisonment, a three-year term of supervised release, and a $250,000 fine for the conspiracy charge.

Rogers’s sentencing is scheduled for September 30, 2022. Copeland’s sentencing, also pending before U.S. Senior District Judge Charles R. Breyer in San Francisco, has not yet been scheduled.

Ian Benjamin Rogers Gave Cops His “White Privilege” Card He Said He Got From Trump When He Was Arrested for Having Multiple Pipe Bombs He Planned to Use on Democrats; Claims They Knew What The Card Meant and Should Let Him Go (Trump Card-Vids) https://t.co/XBpw0Nvv4D pic.twitter.com/Z5PlflLqbx