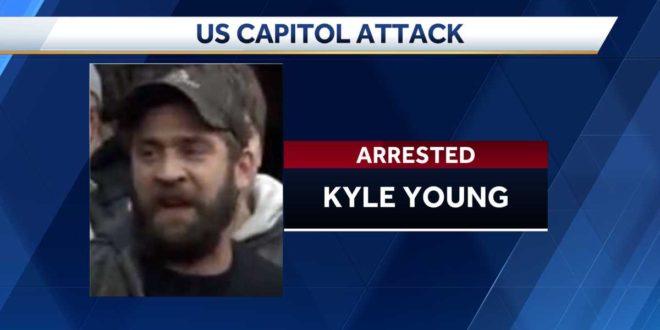 An Iowa man pleaded guilty Thursday to taking part in the savage attack on D.C. Police Officer Michael Fanone during the 2021 Capitol riot. Kyle James Young, 37, of Redfield, Iowa, appeared virtually before U.S. District Judge Amy B. Jackson to enter his plea of guilty to one felony count of assaulting a police officer. Young was one of three men indicted in April 2021 for the attack that left Fanone unconscious and resulted in him suffering a heart attack.

Young said when another member of the mob dragged Fanone into the crowd, he grabbed his wrist and pulled the officer’s arm away from his body – one of multiple rioters who restrained Fanone on the ground while he was being assaulted. The restraint could earn Young extra prison time at sentencing. If it does, his expected recommended sentencing range will increase from 63-78 months to 77-96 months.

Justice Dept says Fanone was “wearing uniform, marked helmet & tactical vest was assaulted while he was in the mob by rioters, including Young. Young held the officer’s left wrist & pulled the officer’s arm away from his body. The MPD officer was then swept further in the crowd”