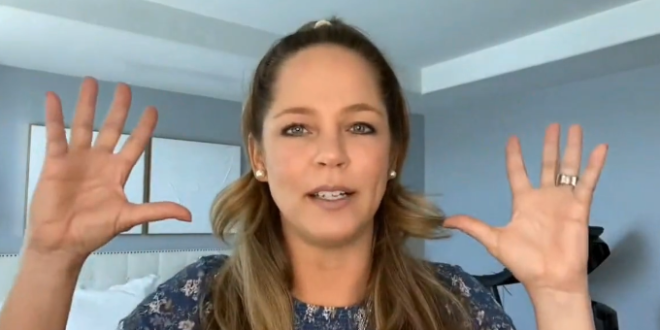 California Sec Of State Candidate Rachel Hamm: Pray That Angels Will “Incinerate All The Fraudulent Ballots”

“First of all, vote for Rachel Hamm. Second thing is, let’s pray. Let’s pray for several things. Let’s pray that if they steal votes in machines, the votes are flipped back.

“Let’s pray that if they create fraudulent ballots, they’re incinerated. Let’s ask the angels to go burn then up. No fake ballots.

“If people who are not American citizens try to vote, let’s pray it doesn’t work, that that votes disappear.

“Any attempt, any of the one thousand ways they are attempting to cheat, let’s pray that it doesn’t work. That their schemes to cheat and to steal fall back on their own head and that they are unsuccessful.

“Would you agree with me and pray for that? I know it’s a weird thing to pray. These are weird times, we’re in war and it’s a weird war. But one of the ways I think we’re gonna win this war is through praying prayers like this.

Hamm last appeared on JMG in March 2022 when she declared that she decided to run for office after Jesus Christ materialized before her son in her bedroom closet.

Her first appearance here came in October 2021 when she claimed that she had repelled a home intruder in the name of Jesus and sent him to murder the witches next door.

Hamm, who has spoken at multiple QAnon events, has been endorsed by Steve Bannon, Mike Lindell, and Michael Flynn.

GOP secretary of state candidate Rachel Hamm asks you to join her in praying that “if they create fraudulent ballots” to steal the election from her, “they’re incinerated”: “Let’s ask the angels to go burn ’em up. No fake ballots!” pic.twitter.com/TXOXMey7Bd