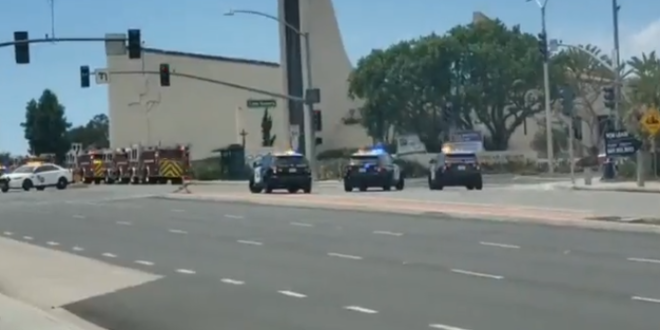 Multiple people were shot Sunday at a church in Southern California, authorities said.

The shooting happened at an unnamed church on the 24000 block of El Toro Road in the city of Laguna Woods, the Orange County Sheriff’s Department said on Twitter.

“We have detained one person and have recovered a weapon that may be involved,” the department said. Federal agents from the Bureau of Alcohol, Tobacco, Firearms and Explosives were responding to the scene.

I’ll update below when more is known.

BREAKING: Authorities in California are responding to reports of multiple people shot at a church in Laguna Woods. https://t.co/S2GgV8xPgd

Breaking: My source tells me that one person is dead and 4 others injured by a shooter at a church in Laguna Woods. That suspect has been detained @cbsla #cbsla #shooting #lagunawoods

NOW – Multiple people shot at a church in Laguna Woods, California. At least 1 one person dead and 4 injured, CBS2 reports. Suspect has been detained.pic.twitter.com/CJ8oHSJn1h