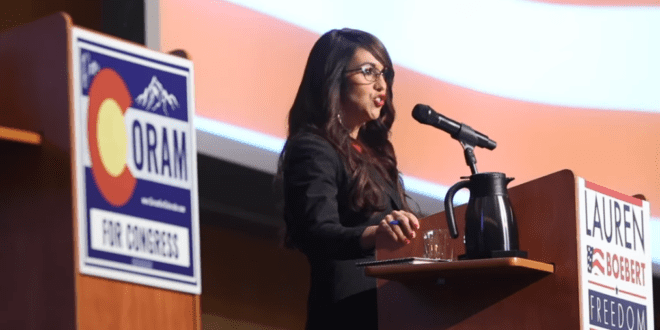 State Sen. Don Coram tried to paint himself as a moderate, experienced alternative to incumbent U.S. Rep. Lauren Boebert during the first debate between the candidates ahead of the Republican primary elections.

Though Coram’s campaign claimed that the candidates agreed on a “paper and pencil” policy — meaning they could have paper on stage to take realtime notes but could not bring prepared information — Boebert had pre-written notes she referenced frequently throughout the debate.

The debate was the first in-person encounter between the two candidates in one of the state’s most anticipated primaries in Colorado’s 3rd Congressional District, report @NewslineCO and @statesnewsroom.https://t.co/ygki5K3Jxa

Lauren Boebert was laughed at and mocked by the entire audience at her debate on Thursday, after she accused her opponent of being an “illegal drug dealer” for supposedly selling “hot hemp.” pic.twitter.com/U8FoF9U9u8