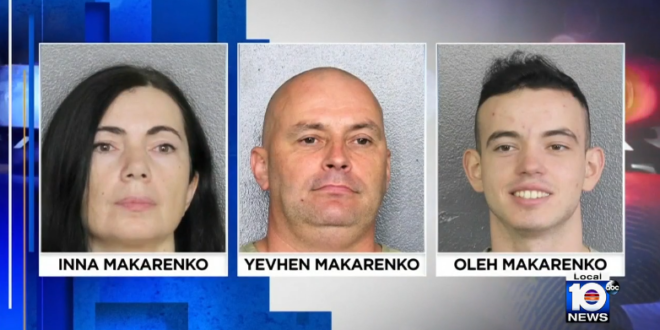 For the first time, the man who cops say was brutally beaten by an entire family because of his sexual orientation is speaking about what happened. “Because I’m gay, yes,” the victim told Local 10 News’ Rosh Lowe. “Because I’m gay, they think I turned his son gay.”

As a result of that beating, the victim has lost his vision. “Medically there is nothing they can do for me,” he said. “The nerves were dead.”

According to police, Oleh Makarenko was in a nine-month homosexual relationship with the victim. That relationship ended with the alleged lover horribly beaten by members of Makarenko’s family, police believe.

Read the full article. In the clip below, the victim speaks off-camera. My first report on the attack is here.

HATE CRIME ACCUSATIONS – The victim of a brutal beating believes it happened to him because of his sexual orientation, and he spoke about it to Local 10 News on Thursday. https://t.co/CFGFQ8UWYa