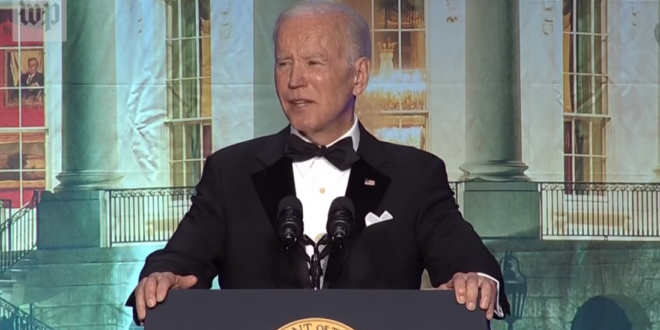 Noting that he was the first chief executive to attend the event — a charity fundraiser which supports journalism scholarships — since then-President Barack Obama participated in 2016, Mr Biden said it was understandable that no president had attended in the intervening years. “We had a horrible plague followed by two years of Covid,” he said.

Referring to Mr Trump’s attendance at the 2011 edition of the event, when he was infamously mocked by Mr Obama, Mr Biden asked attendees to imagine if Mr Trump had been convinced to attend this year. “Now that would have been a real coup if that occurred,” he said, mocking Mr Trump’s attempt to overturn the election he lost to Mr Biden in 2020.