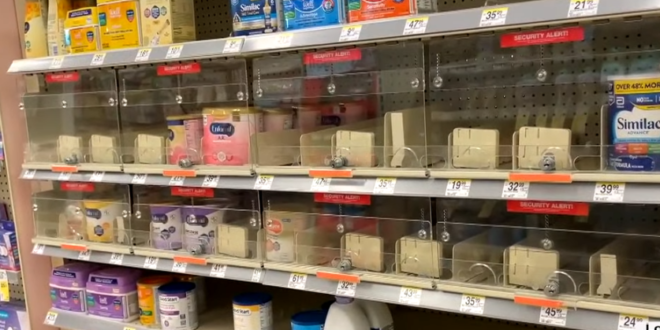 The White House announced a series of measures Thursday designed to address a baby formula shortage across the United States, after President Joe Biden met with key retailers and manufacturers.

The steps announced by the White House on Thursday include an effort to reduce red tape and to speed formula production, to make it easier to import formula from abroad and a plan to crack down on price gouging nationwide.

“We know families are concerned,” a senior administration official said on a call with reporters. The president held a “productive” virtual meeting on the shortage with the heads of Gerber, Reckitt, Target, Walmart and others about increasing supply and availability.

The shortage is in part fueled by the monthslong shutdown of the Abbott Nutrition plant in Sturgis, Mich., one of the biggest suppliers of infant formula in the U.S. and also a major supplier of several specialty formulas used by thousands of infants, children and adults with metabolic, allergic and gastrointestinal disorders.

In February, the manufacturer recalled several products after FDA inspectors launched an investigation into complaints that four infants were hospitalized with a rare bacteria after consuming formula produced at the plant. Two infants died.

The U.S. produces 98 percent of the nation’s infant formula it consumes, while also importing products from Mexico, Chile, Ireland and the Netherlands.