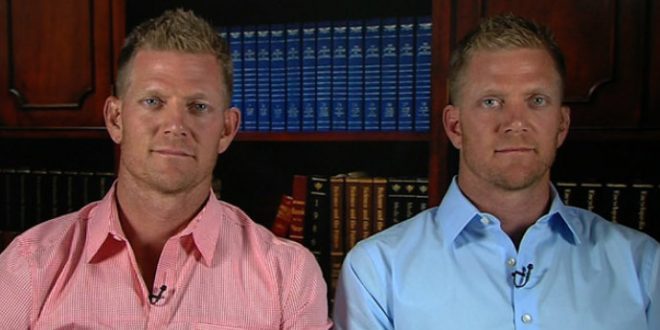 There’s not enough “gun laws” on earth to turn a young man from a predator to a protector. But there is a King, whose name is Jesus, that can step into the heart of a man and change him from the inside out. Unfortunately, we don’t want this King.

Our nation glorifies everything that stands against King Jesus and His Kingdom fruit – love, joy, peace, patience, kindness, gentleness, and self-control. As a result, we’re losing our young men and have lost the soul of our nation.

Let’s do our part as we grieve with the families in TX today. Let’s look at our own kids, our sphere of influence, our churches and schools…and let’s call these young men to lay down their lives, bow to Jesus, and pick up His cross and follow Him. Until then, this path of destruction will never stop.

Longtime JMG readers will recall that the Benham brothers were once regulars here, starting in 2014 when they lost their planned HGTV show after activists informed the network about their history of anti-Muslim and anti-LGBTQ activism, which included annual attempts to force the cancellation of Charlotte Pride.

The pair last appeared here in 2017 when they declared that God murders people with hurricanes in order to force America to repent for “satanic” same-sex marriage (and homosexuality in general).

Their father is notorious anti-abortion and anti-LGBTQ activist Flip Benham, who has been convicted multiple times for stalking and threats.

When his sons lost their HGTV show, he declared that the network’s acronym stands for “Homosexual Garbage Television” and that gays are the “most violent community” in the nation and that they want all Christians dead.