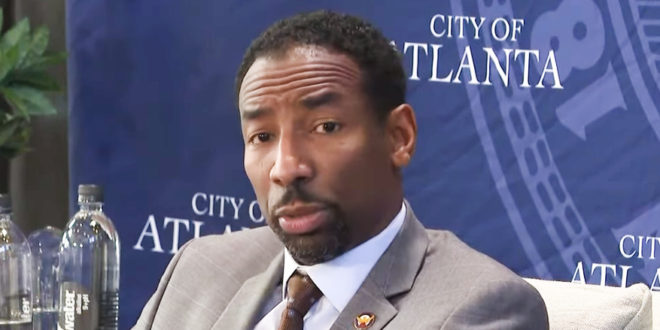 Atlanta Mayor Andre Dickens said Friday that Georgia’s capital city would compete to host the 2024 Democratic nominating convention, which would give one of the nation’s premier battleground states an even more prominent role in the next race for the White House.

Dickens told Democrats at the state party’s annual gala that Atlanta is well-positioned to win the competition for the quadrennial event, which would bring nearly 5,000 delegates and as many as 45,000 other people for a four-night bash to celebrate the presidential nominee.

“We are going to do everything in our power to bring the 2024 Democratic National Convention to Atlanta, Georgia,” said Dickens, after a video dubbed “Good Trouble” played honoring the legacy of the late U.S. Rep. John Lewis.

Read the full article. The DNC has asked eight cities to submit bids, but so far only Atlanta, Chicago, and Houston are known to be on the list. Last month the RNC narrowed their choice to two cities: Nashville and Minneapolis. Note the reaction below by the Georgia Quislings.