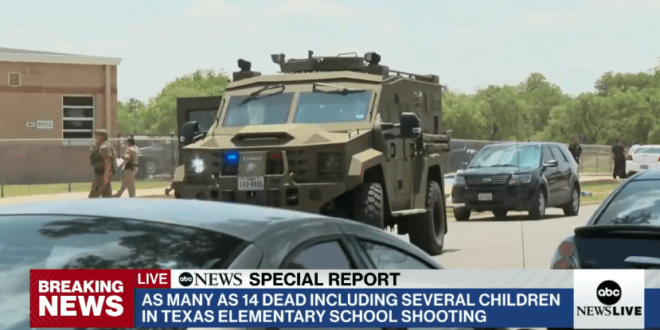 At least 14 students were killed and one teacher is dead after an “active shooter” incident at Robb Elementary School in Uvalde, Texas, on Tuesday, Gov. Greg Abbott said.

The National Counterterrorism Operations Center believes, at the moment, there is “no known terrorism nexus,” according to a law enforcement bulletin obtained by ABC News.

BREAKING: 14 children and one teacher are dead after a shooting at an elementary school in Uvalde, Texas – NBC Newshttps://t.co/Q57QdfMj3X

14 kids and 1 teacher are dead after an active shooter was reported at Robb Elementary School in Uvalde.

They have also identified the suspected shooter as 18-year-old Salvador Roma, a student at Uvalde High School, assumed dead.https://t.co/QTSbrgdLaA