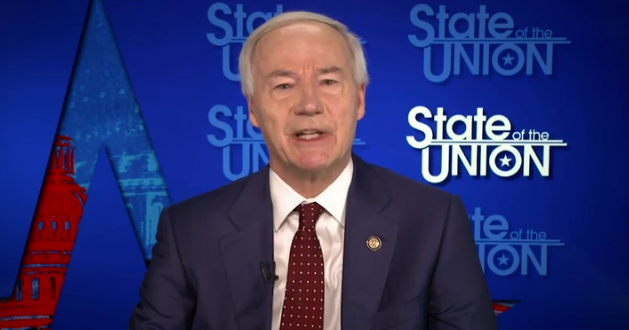 Arkansas Gov: I Might Run In 2024 Even If Trump Does

Gov. Asa Hutchinson (R-Ark.) said on Sunday that a Trump reelection campaign in 2024 wouldn’t affect his decision on launching his own presidential campaign. Hutchinson said during an appearance on CNN’s “State of the Union” that he is considering a White House bid in 2024.

“Even if President Trump runs, you will want to consider running?” host Dana Bash asked. “His candidacy won’t affect yours?”

“No, it won’t. I’ve made it clear I think we ought to have a different direction in the future. And so I’m not aligned in with him on some of his endorsements, but also the direction he wants to take our country,” Hutchinson told Bash.