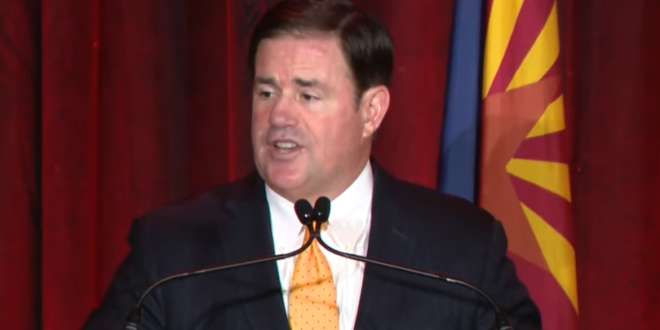 Following Texas’ example, Arizona has started busing migrants from the border with Mexico to Washington, D.C., despite the fact the federal government already pays to transport them.

The first bus arrived Wednesday in the nation’s capital after leaving Yuma on Monday, said Gov. Doug Ducey’s press aide, C.J. Karamargin. He said 20 people, all who volunteered, were on the bus. The migrants were from as far away as Uzbekistan, he said. None was from Mexico.

He did not know how much the program will cost, saying it will depend on how many more migrants seek to take advantage of future transportation. But whatever the bill, Karamargin said it is worth it.

Arizona has started paying to bus asylum-seekers from the border to Washington, D.C., even though U.S. already pays to transport them. https://t.co/b99YyLRS1t