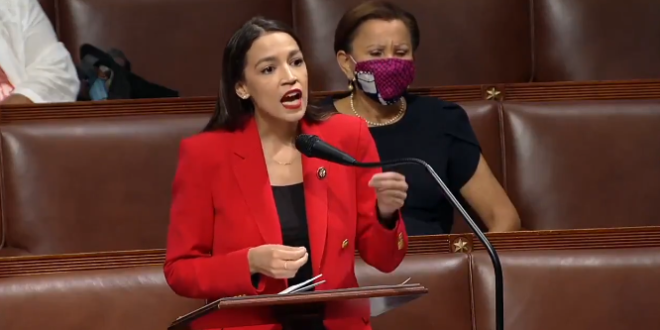 AOC Echoes Warnings: Obergefell May Be Next To Fall

Rep. Alexandria Ocasio-Cortez (D-N.Y.) on Monday warned progressives that the Supreme Court “isn’t just coming for abortion” after a leak of a Supreme Court draft ruling that would overturn Roe v. Wade. Ocasio-Cortez later retweeted a statement from Slate reporter Mark Joseph Stern pointing to passages in the draft opinion.

CNN legal analyst Jeffrey Toobin appeared on Don Lemon Tonight Monday, where he reacted to the unprecedented leak of a Supreme Court draft opinion signaling the court’s plan to overturn Roe vs. Wade, written by conservative Justice Samuel Alito. The move would do away with abortion rights at the federal level, leaving it up to the states.

“Jeffrey, you talked about Roe in the beginning and you mentioned Griswold vs. Connecticut,” Lemon said. “What other cases have been decided based on these precedents that could now be in jeopardy?” “Same sex marriage is, certainly,”

Obergefell isn’t safe. Lawrence isn’t safe. Advances in LGBTQ equality have been marked vulnerable by Alito’s own reasoning. He specifically called them out in the Roe draft opinion. They are not stopping here. All of us are bound to what happens with Roe.

The last time the Republican Party actually bothered to write a platform (2016), they were very clear about planning to get both Roe and Obergefell overturned. The idea that this was liberal fear-mongering was always undermined by literal public statements by the Republican Party pic.twitter.com/DqePDcrpoz

Do not believe that Obergefell isn’t next.

Marriage equality will be sent back to the states.

They’re coming for Griswold, and for Obergefell, and for Lawrence, and for Loving. https://t.co/TkOIVEcrWo

Most states are gerrymandered to the point where changing the state legislature is impossible. Those same states generally prohibit voter initiated ballot initiatives. The notion that they can be brought back at the state level is a fantasy that only SCOTUS believes.