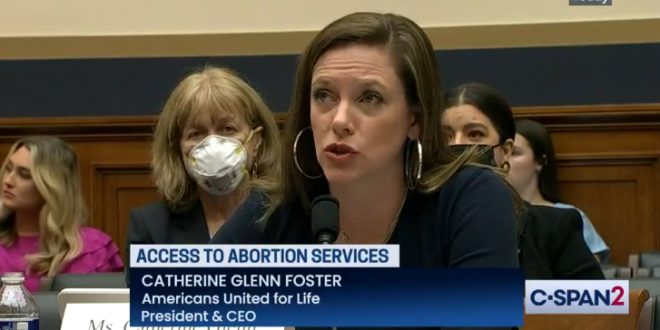 “In places like Washington D.C.,” fetuses are “burned to power the lights of the city’s homes and streets,” claimed Catherine Glenn Foster, who had, just minutes before, sworn not to lie under oath.

The GOP-summoned witness let loose the wild and utterly false accusation that municipal electrical companies are powered by incinerated fetuses.

“The next time you turn on the light, think of the incinerators,” she said, apparently repeating a misleading talking point from the same anti-choice activists caught stashing fetuses at home. Everything on the right is psychological projection.

Fetuses are “burned to power the light’s of the city’s homes and streets,” claimed Catherine Glenn Foster of Americans United for Life.

She seems to have gotten this urban myth from the people who got arrested for stashing fetuses in their house. https://t.co/v5ziSD7iCd pic.twitter.com/KGvE9iHMUe