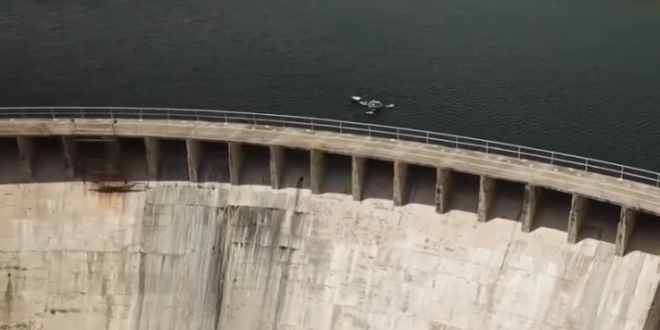 The dam at El Capitan Reservoir is seen Friday, April 8, 2022, in Lakeside, Calif. Constructed four generations ago, the massive rock and clay dam is capable of storing over 36 billion gallons of water — enough to supply every resident in San Diego for most of a year. Today, it’s three-quarters empty — intentionally kept low because of concerns it could fail under the strain of too much water.

An Associated Press analysis tallied more than 2,200 high-hazard dams in poor or unsatisfactory condition across the U.S. — up substantially from a similar AP review conducted three years ago. The actual number is likely even higher, although it’s unclear because some states don’t track such data and many federal agencies refuse to release details about their dams’ conditions.

The tab to fix the U.S’s aging dams grows to $76 billion as more and more get added to a list of high-hazard structures in poor or unsatisfactory condition. https://t.co/sx0Dg4btwi