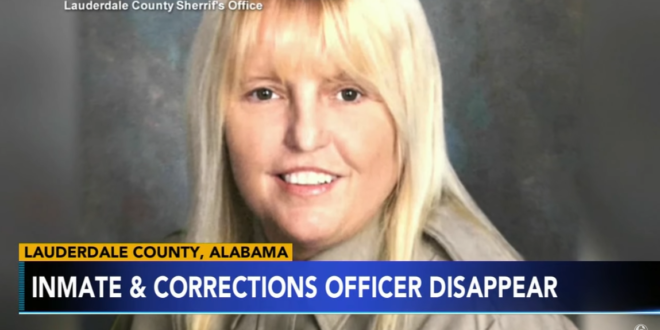 A felony arrest warrant has been issued for the Lauderdale County assistant director of corrections that has been missing with an inmate charged with capital murder, Sheriff Rick Singleton said at a Monday morning press conference.

The charges related to Vicky White involve assisting the inmate, Casey Cole White [no relation], escape from the jail, Singleton said. The charges are permitting or facilitating an escape in the first degree, a Class C felony punishable by up to 10 years in prison.

Singleton said he believed Casey Cole White’s escape was “orchestrated” and that Vicky White played a role in that orchestration. “Nobody saw this coming,” Singleton said.

Authorities in Alabama announced a warrant has been issued for corrections official Vicky White after she left a detention center with suspected killer Casey Cole White on Friday. https://t.co/iR5uhrMs7R

An arrest warrant has been issued for Vicky White, a jail official who disappeared while escorting an inmate last week in Alabama. The prisoner, Casey Cole White, was scheduled for a trial next month on a capital murder charge. https://t.co/oNS0QvsiaC

The U.S. Marshals Service is offering up to $10,000 for information leading to the capture of escaped jail inmate Casey White, and the location of missing corrections officer, Vicky White:

“You shouldn’t try to approach these individuals. We consider them to be dangerous.” pic.twitter.com/OSat471pYt

A warrant has been issued for Vicky White, assistant director of corrections for Lauderdale County, Alabama, according to Sheriff Rick Singleton. The warrant issued is for permitting of facilitating escape in the first degree, Singleton said. https://t.co/Mm12nrS4Gl

USMS is offering up to $10,000 for information leading to the capture of escaped Lauderdale Co. jail inmate, Casey White, and the location of missing and endangered corrections officer, Vicky White. Submit tips at 1-800-336-0102 or https://t.co/vS0w4N9rNp pic.twitter.com/IELaGt310K

Previous NYC Raises COVID Alert Level Amid Spike In New Cases
Next Woman Rants About Free Speech And Elon Musk As She Gets Booted Off Plane For Alleged Anti-Gay, Racist Slurs