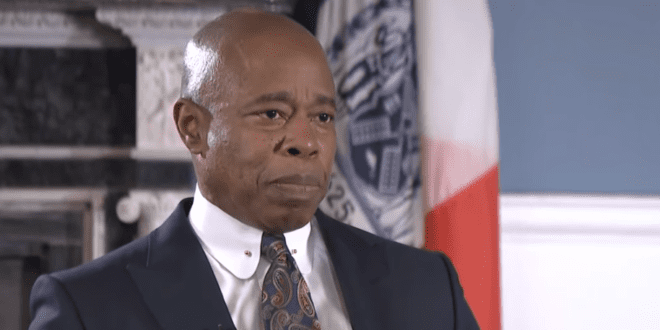 Adams Wanted Subway Shooter To Surrender To Him

Mayor Adams came under unfriendly fire Wednesday for his role in a bizarre day of negotiations with a subway murder suspect, with critics suggesting the ex-cop needed to let the NYPD handle things.

Brooklyn Bishop Lamor Whitehead, a controversial figure with a pair of criminal convictions, said he brokered discussions about the suspect turning himself in to Adams. NYPD sources and Whitehead said Adams was indeed willing to be present if it meant Abdullah would turn himself in.

Several sources who previously worked in the NYPD’s executive protection unit said a mayor having to be present for an accused murderer’s surrender raised a number of concerns. Such a move would create a precedent that could result in other high-profile criminals insisting on the mayor’s presence before turning themselves in.

The Rolls Royce-driving Whitehead served a five-year prison sentence for multiple counts of identity fraud and grand larceny and was released in 2013, before forming a relationship with Adams. Whitehead, of Leaders of Tomorrow International Churches in Canarsie, appeared at more than a dozen high-profile events with Adams attended while in the Brooklyn borough president post he held for eight years before being elected mayor in 2021.

But in November 2014, the Brooklyn District Attorney’s office sent Whitehead a cease-and-desist letter after he promoted a collaborative justice initiative with the prosecutor that didn’t actually exist. And as The Post reported in 2016, Whitehead had been spotted driving around Brooklyn in a Maserati and a Bentley — despite owing $261,000 for an outstanding 2009 court judgment over an unpaid personal loan.

⚡️Mayor Adams comes under fire for his role in a bizarre day of negotiations with a subway murder suspect. Critics said it could’ve set a precedent, and the ex-cop needed to let the NYPD handle it. @C_Sommerfeldt @Tomtracyv @michaelgartland @lmcshanenydnhttps://t.co/VwqP3RX9II

Asked in 2016 about the bishop being arrested for hitting his 7-year-old son, Adams replied: “We do not find people guilty based on your opinion, but by the greatest criminal justice system known to man. … So he did not do it.” https://t.co/vRPOsfYebv