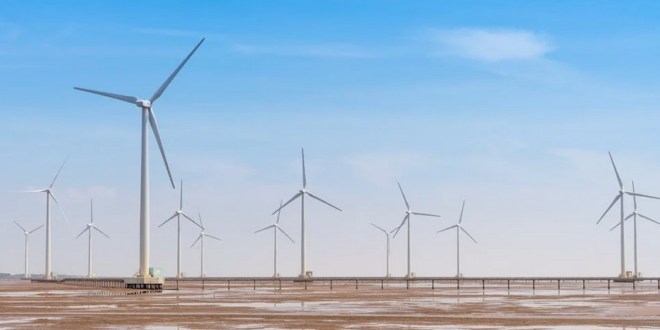 Wind power was the number-two source for power generation in the U.S. for the first time ever on March 29, surpassing coal and nuclear power, the U.S. Energy Information Administration (EIA) said Thursday.

Wind turbines in the continental U.S. produced 2,017 gigawatthours of electricity on the 29th, according to data from the EIA.

While there have been days in the past when wind generation separately outpaced coal and nuclear generation, the 29th marked the first day that it surpassed both power sources.

For the first time, wind turbines produced more electricity than coal and nuclear in the U.S. on a single day at the end of March.https://t.co/I4sJriRcbu