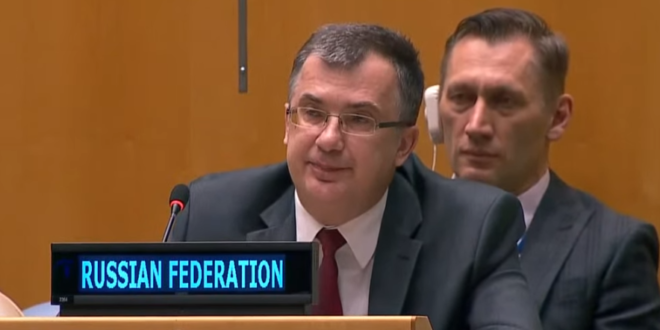 The United Nations General Assembly voted Thursday to suspend Russia from its human rights body. The vote to remove Russia from the Human Rights Council comes several weeks after the country invaded Ukraine and just days after reports of a massacre of Ukrainian civilians in Bucha, Ukraine.

The vote count was 93 in favour of the resolution, 24 against and 58 abstentions.

“Russia is not only committing human rights violations, it is undermining international peace and security,” said Sergiy Kyslytsya, Ukraine’s permanent representative to the UN prior to the vote. The resolution to vote Russia out of the premier human rights body was initiated by the United States following the Bucha killings.

Russia is the first permanent member of the UN Security Council to have its membership revoked from any UN body. https://t.co/EKO7RHS2ZY

The UN voted to suspend Russia from the 47-member Human Rights Council over the Kremlin’s war in Ukraine. The General Assembly, which elects members of the Human Rights Council, has suspended only one other country: Libya, in March 2011.https://t.co/AOJvpNSReh