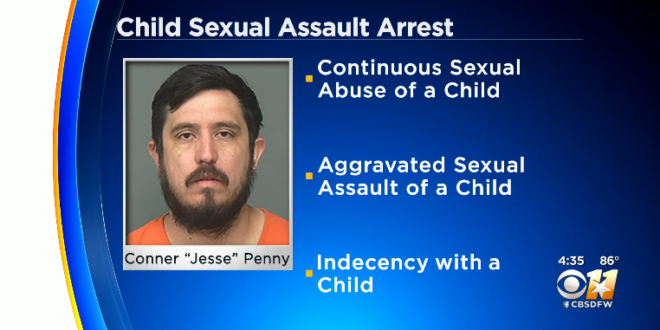 He faces one count each of continuous sexual abuse of a child, aggravated sexual assault of a child and indecency with a child, police said.

Since his arrest, police said, more victims have come forward with other occasions of abuse by Penny between 2013 and 2021. Arrest warrants have been obtained for those incidents, police said.