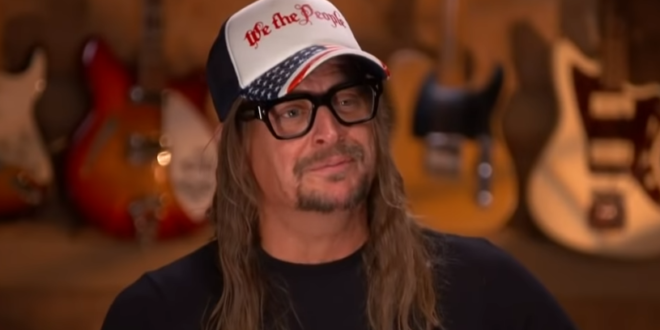 Kid Rock started his concert on Wednesday night with a video greeting from former President Donald Trump saying “all of you in attendance are the true backbone of our great country, hard-working, God-fearing, rock-and-roll patriots.”

“I know you’re having a great time at the Kid Rock concert tonight. Quite frankly, he’s amazing,” Trump said to the crowd at the Evansville, IN concert. Following the video message, Rock performed his new song “We the People,” whose lyrics bash President Joe Biden, Dr. Anthony Fauci, and the mainstream media.

“Fuck Fauci,” Rock sings before continuing: “COVID’s near, it’s coming to town, we gotta act quick, shut our borders down. Joe Biden does, the media embraces, Big Don does it and they call him racist.”